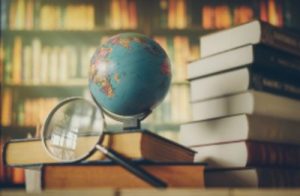 Approximately 1.4 million people world-wide have HHT which is uncommon, but not rare.

HHT is a genetic condition characterised by telangiectases and arteriovenous malformations in specific locations.

The location of lesions and severity of symptoms is highly variable and is significantly under-diagnosed in affected individuals.

The symptoms can be mild to severe.

Many physicians frequently miss or do not make the diagnosis in affected individuals.

The most commonly affected organs are the nose, lungs, GI tract, brain, and liver.

HHT is an autosomal dominant genetic disorder. That means that each child born of a HHT parent has a 50/50 chance of inheriting the gene. The sex of the child is irrelevant. Men and women are affected with HHT in equal numbers.

The severity of the patient’s nosebleeds (epistaxis) or skin telangiectases does not automatically mean the patient will have brain or lung AVMs.

Untreated brain AVMs are a common cause of haemorrhagic stroke in HHT families.

The severity of the disorder varies tremendously, even between close relatives.

Even in one HHT family there may be many varied manifestations of HHT: one patient may suffer many nosebleeds whereas their siblings may show no obvious symptoms. However their brain, lung, liver could be affected.

Treatments are available for most manifestations of HHT.

90-95% of individuals with HHT will have nosebleeds by adulthood, but severity varies from infrequent and minor to daily and severe.

90-95% develop at least a few telangiectases (small red or purple spots) on the skin of the face and/or hands by middle age.

20-25% develop significant gastric or intestinal bleeding, but rarely before 50 years of age unless affected with juvenile polyposis in conjunction with HHT.

5-20% have at least one brain AVM. These can be present at any time in life, even at birth, and can cause serious complications. Routine screening is recommended.

Liver AVMs are relatively common, but only approximately 10% cause symptoms.

Abnormal blood vessels in the liver are relatively common. Most cause no symptoms, however high cardiac output resulting in possible cardiac failure has been linked to liver HHT. Biopsy or treatment should rarely be done and specifically, embolisation should not be done.

Document for your doctor

Should your doctor not understand HHT, we recommend you download the following fact sheet and bring with you to your next visit.

This document offers a quick view of the most common facts of HHT.