A woman suffering from a rare blood disorder since she was a child has told how she is lucky to be alive after it took 30 years to get diagnosed.

AnnaMarie Sherry had regular nosebleeds and tiredness as a youngster. At the age of nine she suffered a brain haemorrhage and a stroke, leading to paralysis on the right side of her body.

Despite going on to have brain surgery twice before she was 11, it wasn’t until she was admitted to A&E four years ago with a sore throat that Ann Marie was diagnosed with Hereditary Haemorrhagic Telangiectasia.

Speaking to Irish Sunday Mirror to raise awareness of the disorder as part of Rare Disease Week, she said: “I always suffered from nosebleeds so I never took any notice of them.

“One day I was walking up the street and I had a terrible headache. Within 10 seconds I was unconscious.

“I was paralysed and suffered a brain haemorrhage, and a stroke.”

“I woke up from a coma after about three weeks and I couldn’t walk or move my right side.

“I had to go to Dun Laoghaire rehabilitation centre to learn how to walk and talk.”

Detailing how she finally got her diagnosis, Ann Marie, from Drumcondra, North Dublin, said: “About four years ago I had a sore throat one weekend and I couldn’t find a doctor.

“I had been suffering from dizziness also, so I went into A&E and they knew by my background they were worried about my brain.

“They did an X-ray on my lungs and it revealed I had an abnormality there too, which I wasn’t aware of at all.”

“The specialist said I may have HHT. Then I got it confirmed.”

“So I was about 40 when I was diagnosed, but I was like all of this time, over thirty years I had lived with this and never knew because I was always focused on my brain.

“At that time they never heard of HHT and it takes a lot of effort to get diagnosed. That’s why I want to raise awareness – if you have a frequent nose bleed, get it checked out.” 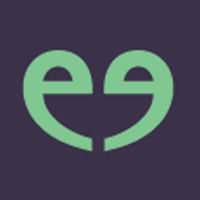 Donate to HHT Ireland without putting your hand in your pocket!