“My biggest fear is that the next bleed won’t stop” 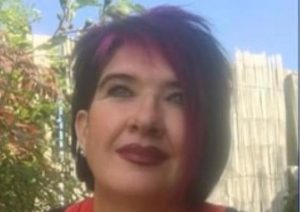 Sharon is sharing her experience of living with a genetic blood disorder in support of Rare Disease Day (February 28). 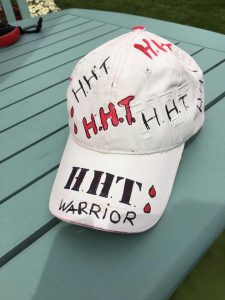 Sharon Gregg (51) was born with hereditary haemorrhagic telangiectasia (HHT), but it wasn’t until she was 43 years of age that she received a diagnosis after being hospitalised for several days following a major haemorrhage from her nose.

Sharon, who displayed the main symptoms of the condition, had grown up thinking this was just part of her life, her dad’s life and her brother’s life.

She explained: “I knew my grandad, my dad’s father had died at the age of 52 long before I was born with bleeding on his lungs, but that was as much as I knew. I had just lost my dad to lymphoma six months prior to my diagnosis and my only brother five years prior, so it was down to myself and husband to do some research.

“In August 2014, I collapsed while out walking my dogs with a pulmonary embolism and deep vein thrombosis. I was thankfully found lying in a neighbour’s garden by a passer by, and although this could have been potentially fatal, it turned out to lead me in the direction of the Haemophilia Centre at Bridgewater Suite, Belfast City Hospital.

“It was here that I genetically tested positive to HHT and continue to be tested due to a link to lymphoma from my late dad and his brother who has HHT.”

Commenting on the impact the condition has had on her life, Sharon added: “Hereditary Haemorrhagic Telangiectasia is a rare genetic blood disorder that affects the blood vessels, with 50 per cent of passing it on to your child.

“It doesn’t skip a generation, you either have the gene or you don’t. HHT patients have blood vessels that have not formed and cause spontaneous bleeding both internally and externally.

“Arteriovenous malformations are a tangle of abnormal blood vessels that can form in our brain, lungs, liver, gastric tract and bowel. The frequent loss of blood leads to iron deficiency anaemia and more serious haemorrhaging and possible loss of life.

“Sometimes it’s as simple as bending forward, a change in temperature or stress that can bring on a bleed. It’s a progressing disease and there is no cure.”

She added: “My biggest fear is that the next bleed won’t stop and being alone when it happens. In the meantime, I’m on a 24-hour helpline at Haematology, I have a marker at my address for a Priority One ambulance or the help of a paramedic, and my GP practice (Rosehall) for the last six years are always at hand for emergency help and urgent blood tests.

“Although each HHT patient has the disease, we are each effected differently. I have severe nose bleeds, mouth bleeds, gastric and bowel bleeding. I also have bleeds from my eyes, mouth and arterial bleeding from my finger.

“Every day I experience frequent degrees of blood loss from somewhere, have had a total hysterectomy, and am on blood thinning drugs permanently as I also clot. There is a fine line between bleeding to death and clotting to death.

“The disease is managed with frequent iron and blood transfusions. I would like to thank everyone who takes the time to donate blood, this is life-saving for us.”

Ahead of Rare Disease Day, Sharon has urged anyone who feels they may be displaying symptoms to seek medical advice.

She stated: “Raising awareness is paramount in saving live. It is getting easier with the help of consultant Dr Gary Benson, Haemophilia Centre and team and Dr Andrew McCleery, Rosehall Medical Practice. However, there is still such a long way to go before we mention HHT and it’s not met with ‘I’ve never heard of that before?’

“My dad and brother both passed away without getting a diagnosis, so it is bittersweet at times. Would it have made any difference? I guess that’s a question I’ll never know the answer to.

“I look back at photos of my dad and I can see the telangies so prominent on his face. My dad would say ‘it’s just that blood thing your grandad had, and we have too’. The several strokes he had, hospitalised many times with ‘a nose bleed’ and losing him to lymphoma. I wonder how we ever missed the signs, but they were there in front of our face and they were missed by lack of knowledge and lack of awareness.

“If I can help make the path easier for anyone with symptoms coming behind me, then that can’t be a bad thing. It’s always better to get checked out and most importantly, don’t miss the signs.”

She concluded: “If you feel you have any of these symptoms, please speak with your GP and ask for a referral to a haematology consultant”.

You can also contact our National HHT Centre in Mercy University Hospital, Cork by emailing the co-ordinator margaretmurphyhht@gmail.com 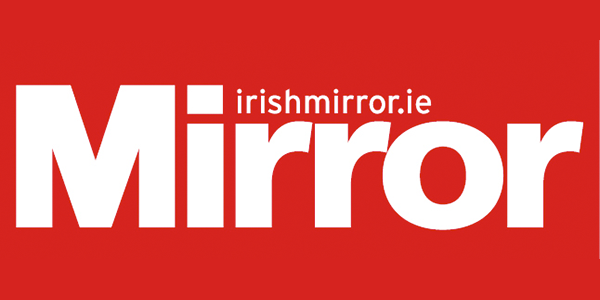 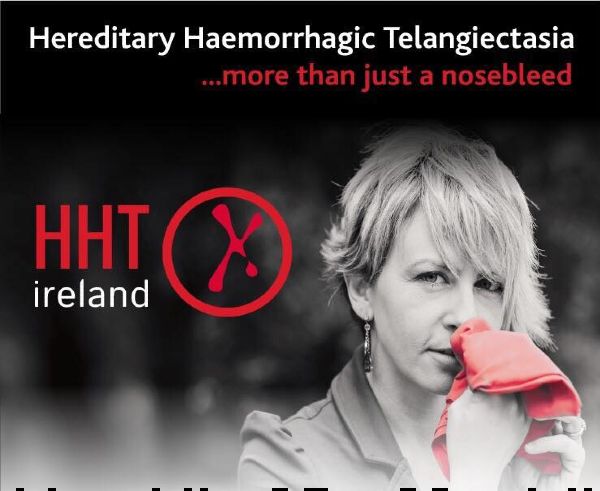 Sharing Information To Let Them Know 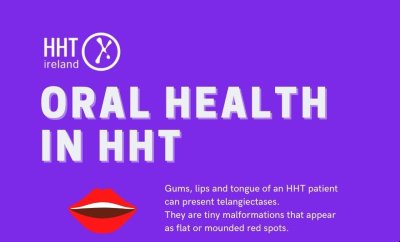